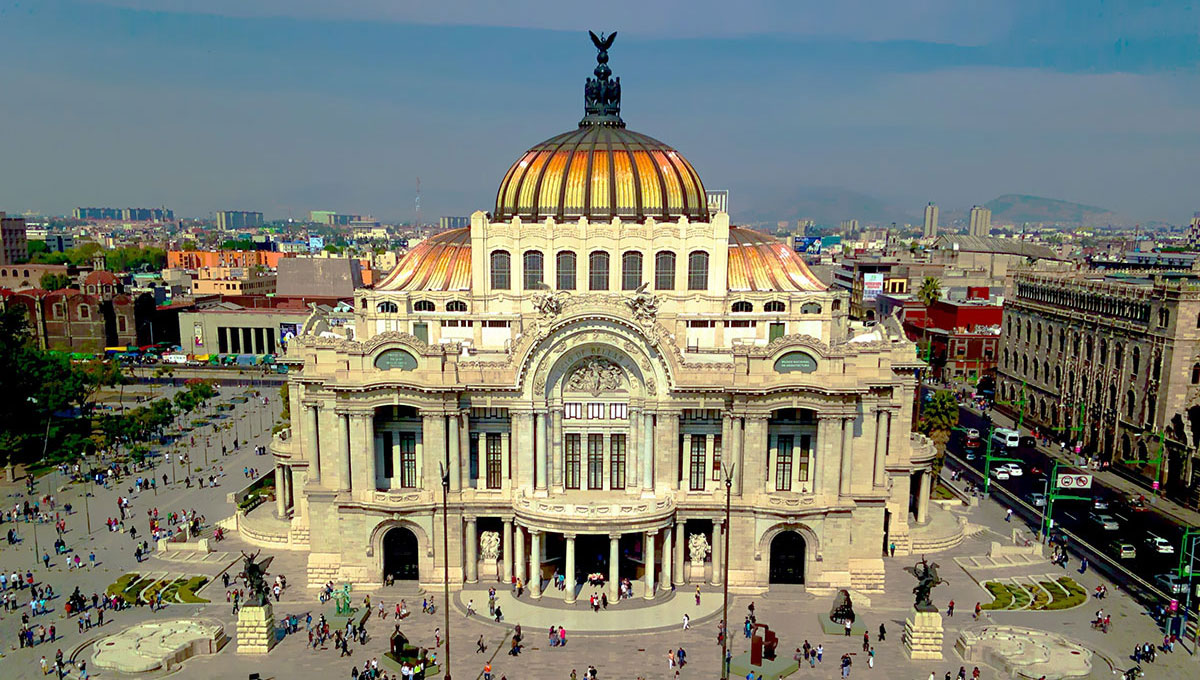 In Mexico, large companies are generally incorporated as Sociedad Anónima de Capital Variable (abbreviated as S.A. de C.V.), or Sociedad Anónima Bursátil de Capital Variable (abbreviated as S.A.B. de C.V.) to get publicly listed on the Mexican Stock Exchange, the Bolsa Mexicana de Valores – BMV.  They then have to abide by the rules of the securities regulatory agency but can also obtain capital from investors who buy their stocks.

To facilitate the appraisal of changes in the equity market and economy of Mexico, the stocks of the 35 largest Mexican companies, except Real Estate Investment Funds and subject to some diversification, are aggregated in the S&P/BMV IPC index (Indice de Precios y Cotizaciones) which is considered the benchmark index of Mexico.

The real-time quotation of the IPC index can be followed with convenient graphical tools from a number of sources, including Yahoo Finance, Bloomberg, etc.

To help you know more about Mexican corporations, the 35 companies in the IPC index have been gathered hereafter. Each company is presented with details on its sector, operations, market capitalization, a direct link to its website, logo and stock symbol.

Companies are ranked by market Capitalization in Mexican Pesos as of effective close on Friday, August 23, 2019.

Note that if you are searching for information on these companies to invest in their stocks, make sure you know what you are doing as your investment will be subject to significant risks with the evolution of stock prices. To learn more about investing in the stock market and managing your portfolio, check our post on the best online courses on stock investing and trading.

So as to ease your browsing in this long list, here are quick links to go directly to the details of any of the top 35 IPC companies.

Banco del Bajio, S.A., operating as BanBajío, is one of the major and fastest-growing banks in Mexico. BanBajío provides various commercial banking and insurance products and services to individuals, businesses and public actors.

Alpek S.A.B. de C.V., is a chemical manufacturing company. Part of the ALFA conglomerate, Alpek produces a range of plastics and chemical compounds employed in manufacturing in production plants located in the United States, Mexico, Brazil, Argentina, and Chile.

Megacable Holdings, S. A. B. de C.V., is a diversified telecommunications company. Through its subsidiaries, especially including Megacable Comunicaciones, it operates cable television, provides internet and phone service and is also engaged in advertising sales and other associated telecommunications services.

Mexichem, S. A. B. de C.V., is a chemical and petrochemical company. Mexichem notably produces plastic pipes and a range of products used in infrastructure, housing, telecommunications and water distribution in Mexico, the United States, Europe, Asia, Africa, the Middle East, and Latin America.

Gruma, S.A.B. de C.V., is a multinational food manufacturing company. The world’s leading producer of corn flour and tortilla, Gruma also produces wheat flour, breads, and derivative products, rice and other staple foods. Present in more than 100 countries, Gruma’s brands include Mission Foods, Maseca, and Guerrero together with a range of local brands.

Alfa S.A., also known as Alfa or Alfa Group, is a multinational conglomerate primarily involved in industrial businesses. Alfa is engaged in the extraction of oil and natural gas and in the production of petrochemicals, in the manufacturing of aluminum auto components, in the production of refrigerated foods and in the provision of IT and telecommunications services. Based in Mexico, Alfa is also operating in the United States and more than 20 countries across the Americas, Europe, and Asia.

Grupo Televisa, S.A.B., is the largest diversified media company in Hispanic America and the Spanish-speaking world. Grupo Televisa operates through multiple industries, including film and television, books, magazines and newspaper publishing, radio and web. The company also has activities in merchandising, investments, casinos and lottery.

Becle, S.A.B. de C.V., is a multinational spirits company and the world’s largest tequila company. Becle produces and distributes alcoholic and non-alcoholic beverages, ready to drink cocktails, and agricultural products in Mexico, the United States, and internationally. It operates through the Jose Cuervo family of brands, as well as Three Olives, Hangar 1, Stranahan’s, Bushmills and Boodles.

Grupo Carso is a diversified conglomerate operating in Mexico and Latin America. Through its subsidiaries, it operates in industrial businesses with Grupo Condumex, retail with Grupo Sanborns, infrastructure and construction with Carso Infraestructura y Construcción, and energy with Carso Energy.

El Puerto de Liverpool, S.A.B. de C.V., commonly known as Liverpool, is a retail company operating a chain of department stores in Mexico, including the Liverpool and Fábricas de Francia names, as well as duty-free stores and specialized boutiques.

Banco Santander México is a subsidiary of Spanish bank Banco Santander. The bank offers a range of banking and insurance and related services to individuals, businesses and public actors across Mexico.

Coca-Cola FEMSA, S.A.B. de C.V., known as Coca-Cola FEMSA or KOF, is a multinational beverage company, subsidiary of FEMSA, owning 48%, with 28% held by subsidiaries of The Coca-Cola Company. Coca-Cola FEMSA is the largest franchise Coca-Cola bottler in the world, operating in Latin America and the Philippines.

Grupo Financiero Banorte, commonly known as Banorte, is a leading financial institution in Mexico. Through its subsidiaries, it provides banking, brokerage, and warehousing services, as well as leasing and factoring operations. Banorte is also involved in insurance, retirement savings and international money transfer.

Grupo Elektra, S.A.B. de C.V., is a financial and retail company. It is a leader in specialized financial and commercial services in Latin America, also providing short-term non-banking loans in the United States.

Grupo México, S.A.B. de C.V., is the largest mining company from Mexico, also involved in rail transportation and infrastructure through its subsidiary, GMexico Transportes. With operations in Mexico, Peru, the United States, Argentina, Chile, Ecuador, and Spain, Grupo México is the world’s third-largest producer of copper.

Fomento Económico Mexicano, S.A.B. de C.V., operating as FEMSA, is a multinational beverage and retail company. Owning 48% of Coca-Cola FEMSA, FEMSA is also involved in retail through OXXO, the largest convenience store chain in Mexico with more than 14,000 stores. FEMSA is also the second-largest shareholder of Heineken International.

América Móvil, S.A.B. de C.V., is a telecommunications company. It is operating in Mexico through its subsidiary Telcel which is the country’s largest mobile operator, with a market share above 70%. The company also operates in many countries of Latin America and the Caribbean through its Claro subsidiaries.

Walmart de México, S. A. B. de C.V., also known as Walmex, is the largest subsidiary of Walmart outside the United States. It operates thousands of hypermarkets, discount department stores, and grocery stores across Mexico, Guatemala, El Salvador, Honduras, Nicaragua, and Costa Rica.

Here are the 35 largest public companies from Mexico. Do you think they are worth their market capitalization? Are their stocks a good investment right now? Do they have too much economic power… and maybe political power too?

Leave your comments below!