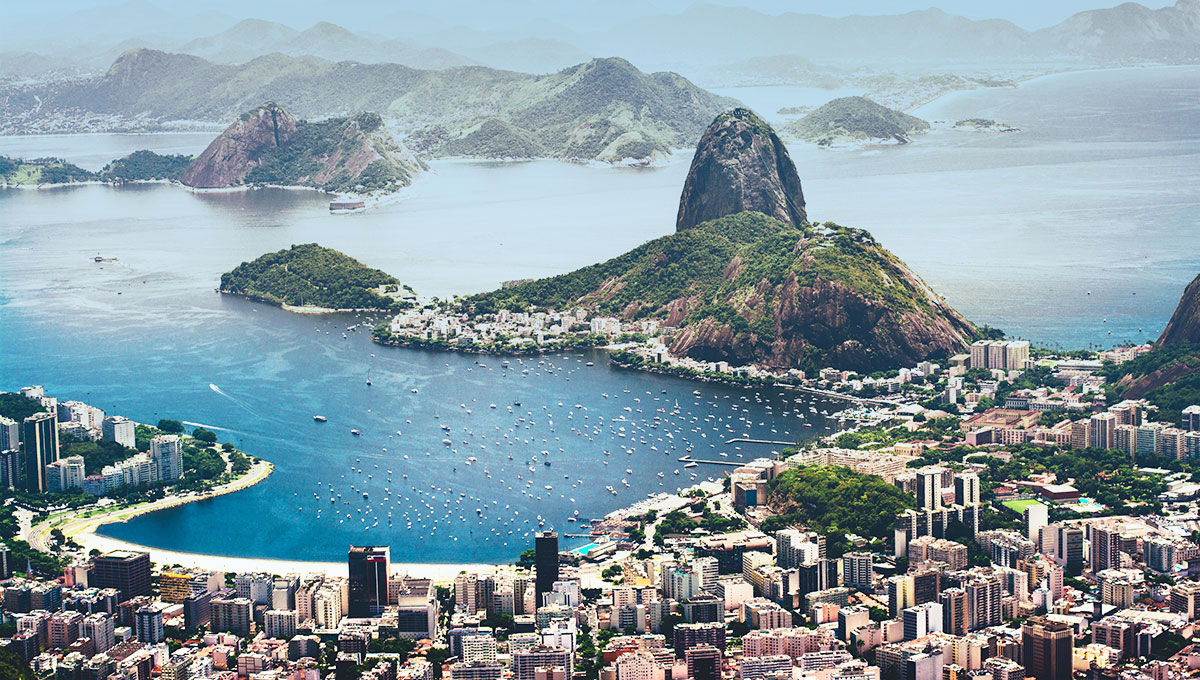 The largest Brazilian companies have a heavy impact on the economy of the country, Latin America and beyond. The thirty largest publicly traded companies of Brazil in the B3 Stock Exchange are presented here with details on their activities, logos, and useful information.

In Brazil, large companies are generally incorporated as Sociedade Anônima (abbreviated as S.A.), to get publicly listed on the Brazilian Stock Exchange, the Brasil Bolsa Balcão – B3. They have to abide by the rules of the Securities and Exchange Commission of Brazil but they can then obtain capital from investors who buy their stocks on the B3 stock exchange.

To facilitate the evaluation of movements in the equity market and the economy of Brazil, the stocks of about 60 of the most traded Brazilian companies, which includes the largest corporations of the country. They are aggregated in the Bovespa Index, best known as Ibovespa (Índice Bovespa) which is considered the benchmark stock index of Brazil. Regrouping the companies that were most traded on the B3 stock exchange in the last 12 months, companies that are included in the Ibovespa represent 70% of all the stock value traded in Brazil.

The real-time quotation of the Bovespa  Index can be followed through convenient graphical tools from a number of sources, including the B3 stock exchange, Google Finance, Yahoo Finance, Bloomberg, etc.

To help you learn more about Brazilian corporations, the 30 largest companies in the Ibovespa have been listed hereafter. Each company is presented with details on its operations, sector, market capitalization, a direct link to its website, logo, and stock symbol.

Companies are ranked by market capitalization in Brazilian Real as of the effective close of Friday, July 12, 2019.

Note that if you are searching for information on these companies to invest in their stocks, make sure you know what you are doing as your investment will be subject to significant risks with the evolution of stock prices. To learn more about investing in the stock market and managing your portfolio, check our post on the best online courses on stock investing and trading.

To facilitate your browsing in this long list, here are quick links to go directly to the details of any of the top 30 Ibovespa companies.

Ultra, publicly traded on São Paulo’s stock exchange as Ultrapar, is a conglomerate company. Founded in 1937, Ultra is engaged through its subsidiaries Ipiranga and Ultragaz in fuel distribution, in chemicals production through Oxiteno, in liquid storage through Ultracargo, and in pharmacies through Extrafarma.

CEMIG is a company engaged in power generation and distribution and majority-owned by the Brazilian state of Minas Gerais. It primarily operates hydroelectric power plants with about 6,000 MW of generation capacity in Brazil and Chile. Through its subsidiaries, CEMIG is also involved in cable television, internet, and telecommunications, with Infovias, in natural gas with Gasmig.

Natura & Co is a cosmetics company. Present in more than 70 countries, Natura & Co operates more than 3.200 stores providing a range of eco-friendly products and sustainable practices through brands including Natura Cosméticos, Aesop and The Body Shop. It also conducts direct sales and multilevel marketing, connecting more than 6 million resellers around the world.

Lojas Americanas is a retail company. Founded in 1929, it operates about 1500 stores, local convenience stores, supermarkets, and hypermarkets, selling consumer and media electronics, home appliances and furniture, beauty products, and toys. It is also one of the leading operators of e-commerce websites in Brazil.

TIM Celular S.A., better known as TIM Brazil, is a telecommunications company, majority-owned by Telecom Italia. It provides broadband internet services as well as mobile and fixed telephony services for individuals and businesses throughout Brazil.

Braskem is the largest petrochemical company in Latin America and one of the largest in the world. It is a leading producer of thermoplastic resins and biopolymers, operating more than 30 industrial plants across Brazil, the United States, Mexico, and Germany.

CCR S.A., an acronym for its former name Companhia de Concessões Rodoviárias, is a transportation company. Through its subsidiaries, CCR is involved in private interstate highway and toll concessions, airport operations, and metro systems with services in administrative centers, logistics and engineering, traffic control and monitoring, and electronic toll-charging.

Localiza, also known as Localiza Hertz, is a car rental company. One of the largest car rental companies in Latin America and the world by fleet size and market capitalization, Localiza operates more than 550 branches in Brazil and many more in other countries of Latin America: Argentina, Chile, Colombia, Ecuador, Paraguay, and Uruguay. It also operates associated services of car leasing and fleet management, and grants franchises for selling used cars.

CPFL Energia is an energy company engaged in electricity generation and distribution. It is composed of multiple subsidiaries that focus on a specific geographic or vertical segment in the generation, distribution, and commercialization of electric and renewable energy, together with associated value-added services.

Lojas Renner is a retail chain of clothing department stores. Founded in 1912, Lojas Renner regroups more than 500 stores across Brazil under the Renner, Camicado, and Youcom brands. The company has also opened stores in Uruguay and is now expanding to Argentina.

ENGIE Brasil is a company specialized in the production and distribution of electricity. Operating 6 hydroelectric power plants and 5 thermal power plants, it is one of the largest power generating company in Brazil. ENGIE Brazil is majority-owned by the French energy company ENGIE.

Eletrobras, shorten from Centrais Elétricas Brasileiras S.A., is an electric utility company. Majority-owned by the Brazilian government, Electrobras is the largest power utility company in Latin America and a major producer of clean energy. Through a number of subsidiaries, Electrobras is generating about 40% and transmitting 69% of Brazil’s electric supply.

B3, which stands for Brasil Bolsa Balcão S.A., is the main stock exchange of Brazil, located in São Paulo. Resulting from the merger of three former Brazilian stock exchanges, B3 now gathers more than R$2 trillion in market capitalization of quoted companies stocks.

Banco Santander Brasil is a Brazilian subsidiary of the Spanish banking corporation Santander Group. Operating in commercial banking and all the other segments of financial markets, Santander Brasil became one of the largest banking companies in the country through a series of acquisitions of other financial institutions.

Vale S.A. is a multinational involved in the exploration, mining, processing, and production of metals and a logistics operator. It is the largest producer of iron ore and nickel in the world, also producing manganese, ferroalloys, copper, bauxite, potash, kaolin, and cobalt. Vale is also operating 9 hydroelectric power plants, and a network of railroads, ships, and ports for the transportation of its products.

Banco Bradesco, or more simply Bradesco, is a banking and financial services company. It offers a range of commercial and retail banking services, together with insurance and asset management services. Having expanded through numerous acquisitions, Bradesco is also a pioneer in technology, a leader in Brazil for ATM biometric reading systems that allows customers to be identified using the vascular pattern of their hands.

Itaú Unibanco, or more simply Itaú, is the largest bank in Brazil and Latin American bank by assets and market capitalization. A subsidiary of Itaúsa (see above #8), Itaú Unibanco provides services in retail banking, insurance, and investment banking with operations in multiple countries of Latin and North America, Europe, Asia, and the Middle East.

Petróleo Brasileiro S.A., more commonly known as Petrobras, is a multinational corporation involved in the oil and gas industry, majority-owned by the Brazilian government. It is involved in the exploration, production, refining, transportation, marketing and distribution of oil products, ethanol, biodiesel, and natural gas, with the majority of its production in Brazil and other assets in Africa, North America, South America, Europe, and Asia.

Here are the 30 largest public companies from Brazil. Do you think they are worth their market capitalization? Are their stocks a good investment right now? Do they have too much economic power… and maybe political power too?

Leave your comments below!